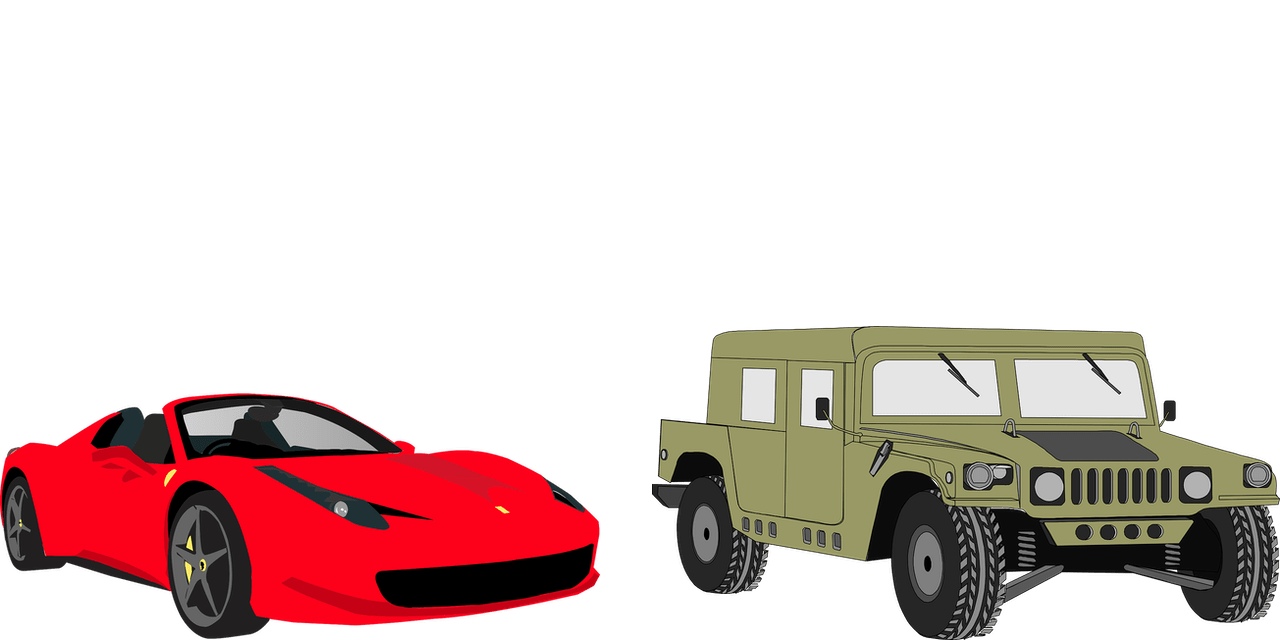 Asking “which is better, a utility patent or a design patent?” is similar to asking, “which is better, a Humvee or a Ferrari?” It all depends on what you need it for. If you want to drive up rugged mountain roads and cross a stream, a Ferrari won’t be much use. If you want to travel down the Autobahn in Germany, where there are no speed limits, in the shortest amount of time from Frankfurt to Munich, the Ferrari is the way to go.

Utility patents and design patents are both issued by national patent offices (the US Patent and Trademark Office, or USPTO, in the United States), but they have very different features and purposes, and they protect different things. In this article we’ll learn about the different types of patents.

There are actually three different types of patents: utility, design, and plant. In this article we will not consider plant patents as they are limited to new varieties of cultivated plants.

What is a Utility Patent?

A utility patent protects how an invention works. On January 27, 1880, Thomas Edison received US Patent 223,898 for an “Electric Lamp.” That ground-breaking patent led the way to homes all over the world being equipped with electricity and electric lights.

With utility patents for the most part, it doesn’t matter what the product looks like – a patent on a method of encrypting text messages applies no matter what product someone puts it in, whether it’s a phone, tablet, or computer.  Any decorative elements are not part of a utility patent.

There are several tests that a new utility patent must meet. It must be novel – meaning no one has done it before. For this reason, part of the process of obtaining a utility patent is a “prior art” search to determine whether or not someone has done this before. The utility patent also must be both useful, and non-obvious.

By law (at least in the US), if the invention is capable of being rendered in an illustration a drawing must be included. Even for inventions where a drawing is not strictly necessary, it’s a good idea. See our article on “How to Make Better Patent Applications with Patent Drawings” for more information.

Putting together a utility patent application is an involved process. Getting the patent can take years, generally needs a patent attorney, will cost thousands of dollars, and many applications are rejected or amended by the patent office. Protection lasts for 20 years from the filing date of the application.

What is a Design Patent?

A design patent protects the way a product looks. It prevents “copy cats” from making an exact replica of your design. The patent can protect the configuration or shape of the object, or it can apply to the surface ornamentation on the article, or it can include both.

People often think that utility patents, which cover novel inventions, must be the patents that are really valuable. There’s no doubt that important utility patents are incredibly valuable, but design patents can also have a value in the hundreds of millions of dollars. In 2018 a long running lawsuit between Apple and Samsung was settled, with Apple being awarded $533 million for Samsung’s infringement of three Apple design patents on its iPhone – and an additional $5 million for infringement of one utility patent. One of the design patents involved was for the basic shape of the older iPhone with the button at the bottom of the phone:

How to File a Utility Patent

The first step is to decide whether or not it’s worth it to file a patent. It will typically cost at least $5,000 to get a US patent – possibly more. And there are recurring “maintenance fees” to keep the patent alive every few years. If the idea doesn’t have enough commercial value, it might not be worth patenting. IBM is the company that generally is granted the most US patents every year; it’s also the company that abandons more patents than anyone else because they turned out not to have value. One factor in value is whether a competitor could easily design around the patent. If there’s another way to accomplish the same task equally well that’s well known, the patent might not have a lot of commercial value.

If the value is there you have to make sure the concept meets the patentability criteria mentioned above: it must be novel, non-obvious, and useful.

You need to have good records of the invention, including drawings, notes, descriptions, etc.

Your patent attorney will conduct a “prior art search” to make sure the invention is unique, and to fine tune what exactly can be protected by the patent.

Normally the patent attorney will prepare a non-provisional patent application, although there are circumstances where it may be desirable to file a provisional application.

Once the application is submitted to the patent office, it typically takes 18 months to two years to get a patent, and there is likely to be some negotiation with the patent examiner over details in the patent.

How to Patent My Design

The process for filing a design patent is much simpler than for filing a utility patent. Design patents don’t need to be useful, they just need to be novel. Assuming you comply with the technical requirements, and your drawings meet the appropriate specifications, design patent applications are rarely rejected. See our article, “How to File a Design Patent On Your Own in US” for more information.