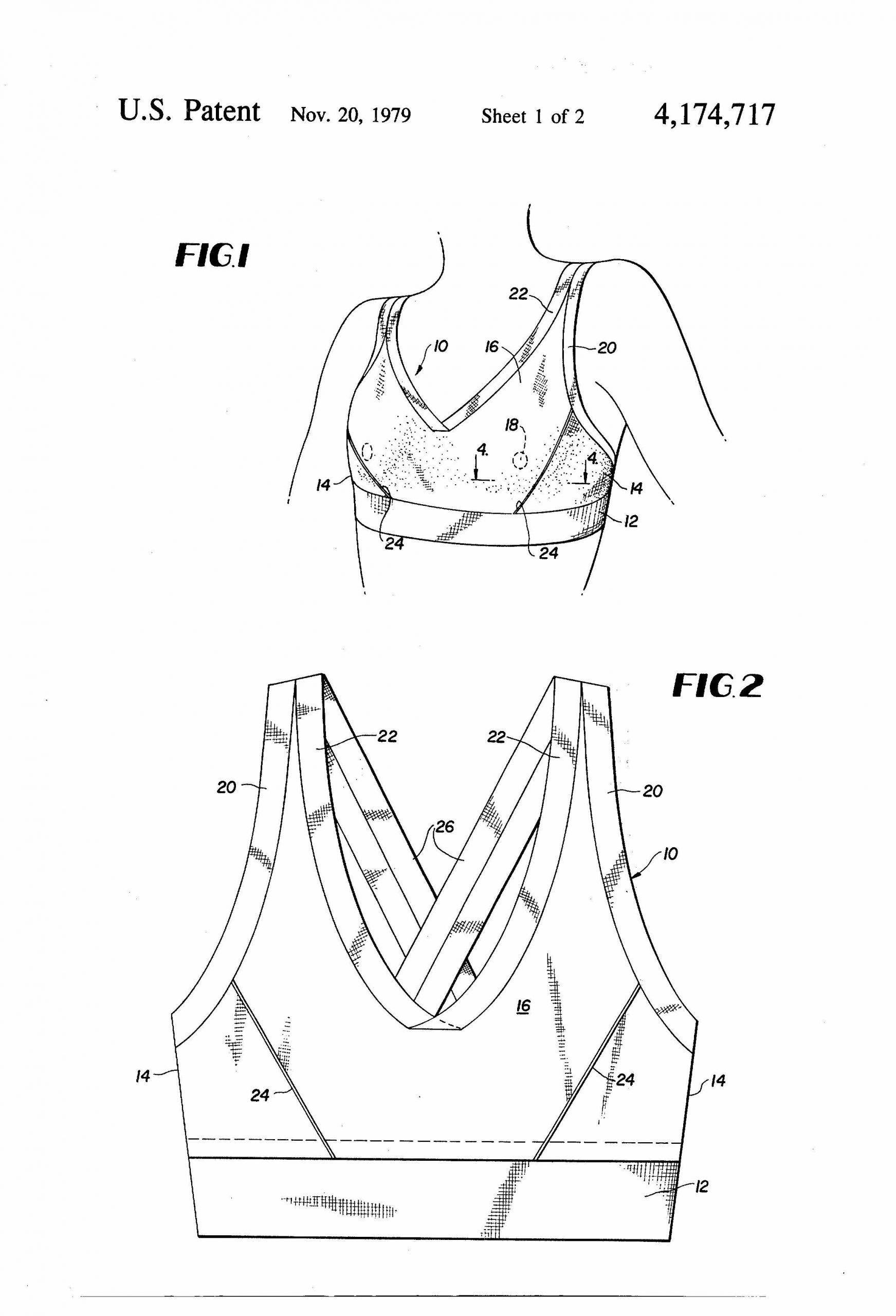 You just cannot ignore the importance of Patent Drawings for Low-Tech Products. Examples from the past proves that even a low-tech product can be worth for getting patented.

In the popular imagination patents are most closely associated with high tech. And there are, of course, a lot of patents in high-tech, and a lot of high-profile court fights over high-tech patents. It has been estimated that there are 250,000 patents connected to smartphones. Apple has famously been involved in billion-dollar plus patent fights as both plaintiff and defendant.

Patents provide protection for innovation – and innovation can be found in any field, not just high-tech. Patents are, of course, extremely important in the pharmaceutical business because of the many millions of dollars it takes to get approval for a drug that could be easily copied. But they can also be very important in fields we don’t think of as relying on technology much – such as clothing.

Sports bras are already ubiquitous and are rapidly growing in popularity. Sports bra sales last year were over $9 billion and are forecast to grow to $38 billion by 2026 because women are increasingly turning to the more comfortable sports bra for use beyond workouts.

Yet sports bras are a relatively new phenomenon. The sports bra was invented by three women, Lisa Lindahl, Hinda Miller, and Polly Smith. The three were granted US Patent No. 4,174,717 for an athletic brassiere, or “Jogbra.”  The three women were recently inducted into the National Inventors Hall of Fame, acknowledging the importance of their uplifting invention.

The importance of drawings for low-tech patents can be illustrated by taking a look at their groundbreaking patent. The first claim of the patent reads:

at least one front panel disposed to cover the front of both breasts when worn, without seams in the vicinity of the nipples, said panel being substantially flat and not shaped to uplift the individual breasts when worn;

at least one side panel sewn to each side of said front panel such that the stitches of the seams are on the exterior surface of the panel away from the wearer when worn;

While Figure 3 provides a view of the rear of the bra, and Figure 4 is a cross section of the cup:

Patents in low-tech fields such as textiles can be very valuable. The Jogbra patent provided incentive and protection to three inventors who dreamed up a product that launched an industry with over $9 billion in annual revenue.

Low-tech doesn’t necessarily mean simple. The first successful sports bra was a complex product. High-quality patent drawings are essential for clarifying and protecting the claims in your patent.

Whether your invention is the latest cutting edge high-technology, or a more mundane improvement of a low-tech product, at Invention Patent Drawings we have the experience and team to provide you with high-quality drawings at a reasonable cost. Contact us for more information or for a price quote.