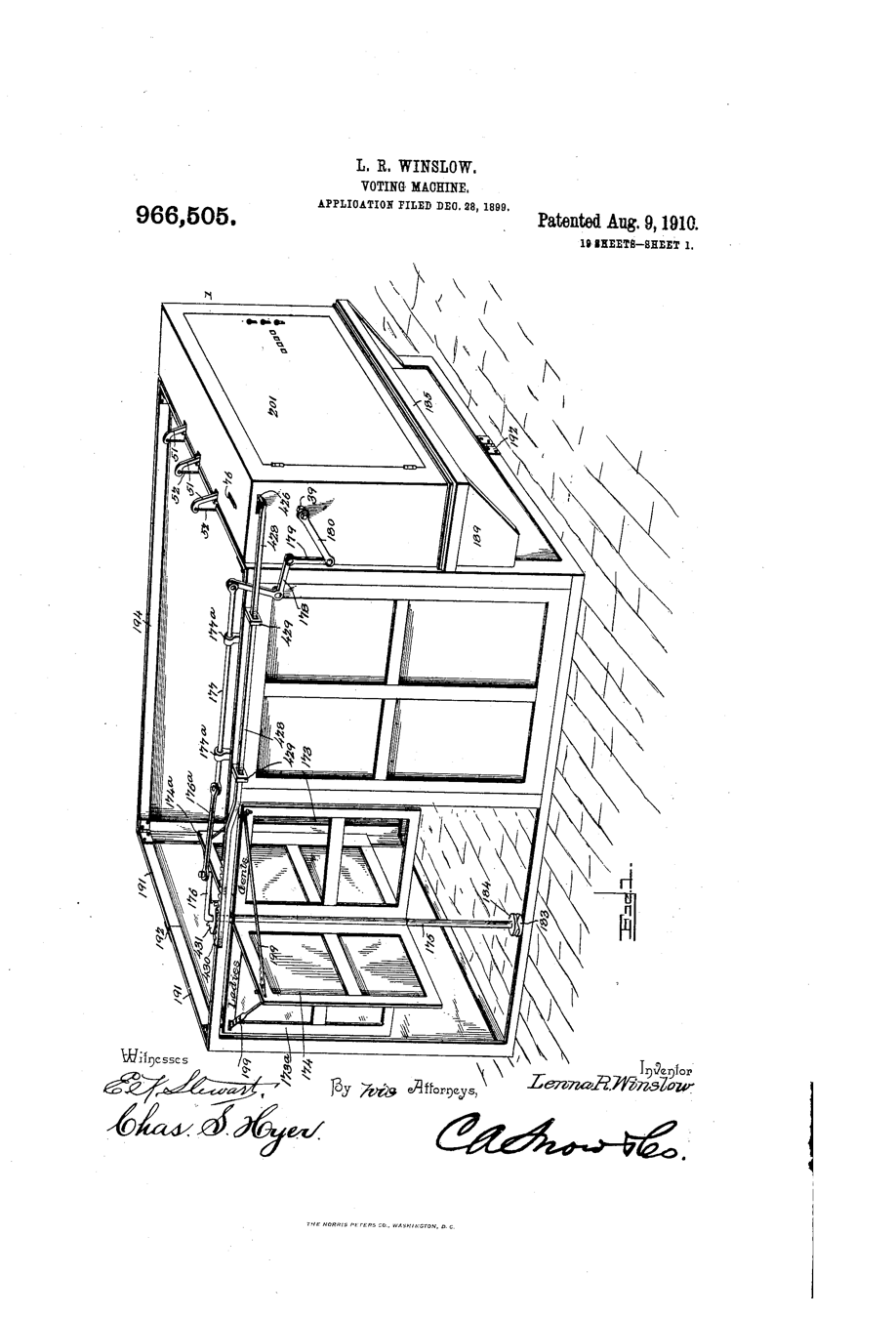 This week’s Democratic debates were historic: They mark the first time ever that more than one woman candidate was onstage at a US presidential debate.

In all of US history, only five women have participated in a presidential debate. This year, there have been six – so far.

Women ran for office – including the presidency – before they even had the right to vote.

Victoria Woodhull was the first woman to run for president in the US. In 1872, as the Equal Rights Party candidate, she ran on a rather radical platform of “spiritualism, vegetarianism, short skirts, legalized prostitution, and free love.”

She got very few votes and spent election night in jail on an obscenity charge.

As Time notes, “at least 3,586 women campaigned for elected positions in the half-century before 1920,” when women gained the right to vote with the passage of the 19thAmendment to the Constitution.

To commemorate the 100thanniversary of the 19thAmendment, the National Archives Museum in Washington, DC recently opened a new exhibition called “Rightfully Hers: American Women and The Vote.”

As Smithsonian.com explains, before universal women’s suffrage, a woman’s right to vote was sometimes limited to specific issues.

For example, as early as 1838 Kentucky allowed widows with school-aged children to vote, but only on school-related issues.

But how, as a practical matter, could women be limited in their voting rights once they’d reached the privacy of the polling booth?

The Invention of the Voting Machine

Voting machines are a relatively new invention. For millennia, voters used paper ballots, black and white balls or tokens, and other counters.

For example, an “ostracon” is a piece of pottery on which a vote could be written.

In ancient Athens, when citizens (all men, in those days) were deciding to exile or banish someone, they’d write the name on the piece of pottery.

That practice gave rise to the term “ostracize.”

The first voting machine patented in the US was the 1875 device shown in the following patent drawing. 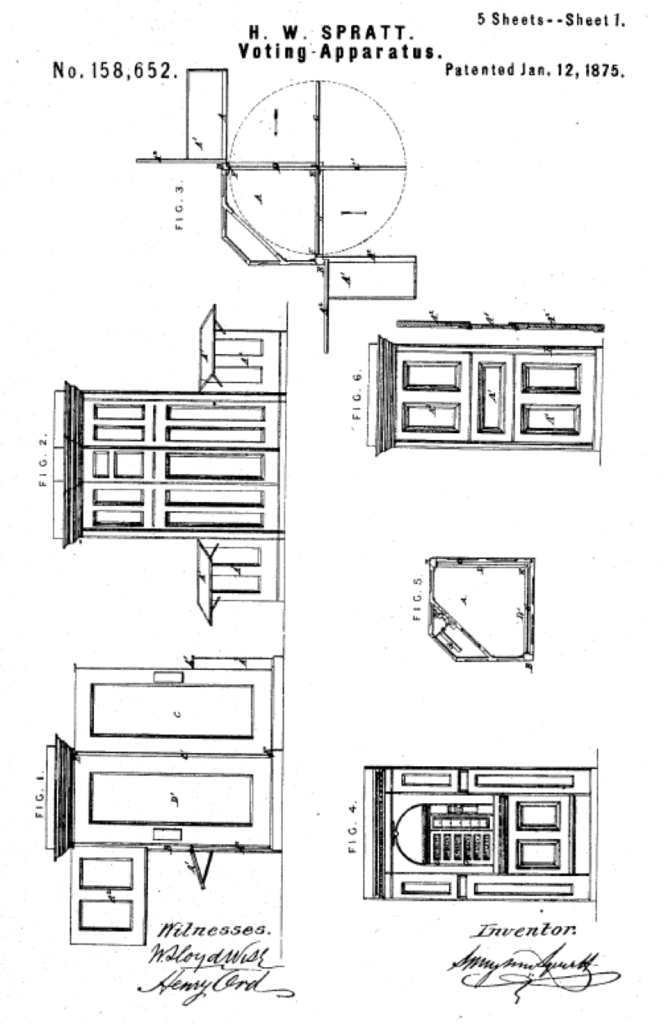 In 1899, an Ohio inventor named Lenna Winslow applied for a patent for a voting machine that adjusted the ballot the voter would see based on whether the voter was male or female.

The elaborate patent drawings include 19 detailed images, like the one shown at the top of this blog.

As the patent application explains, “the mechanism is automatically set to restrict certain classes of voters by and during their entrance to the booth.”

The machine would then adjust itself to allow either full or partial voting.

It took 10 years for the US Patent and Trademark Office (USPTO) to grant Winslow’s application.

And his was not the only machine designed to restrict the voting rights of women.

A 1905 patent locked out ballot issues except for a few available to women.

The Hennepin History Museumin Minnesota holds what may be the last surviving example of such a machine.

This unit, patented in 1911 (as shown in the patent drawing below), still shows the names of the candidates from the election of 1914.

At the time, women in Minnesota could vote only in local school board elections but not for state or federal candidates.

On the back of the machine, a sign indicated how a lever should be moved before a women entered the voting booth. 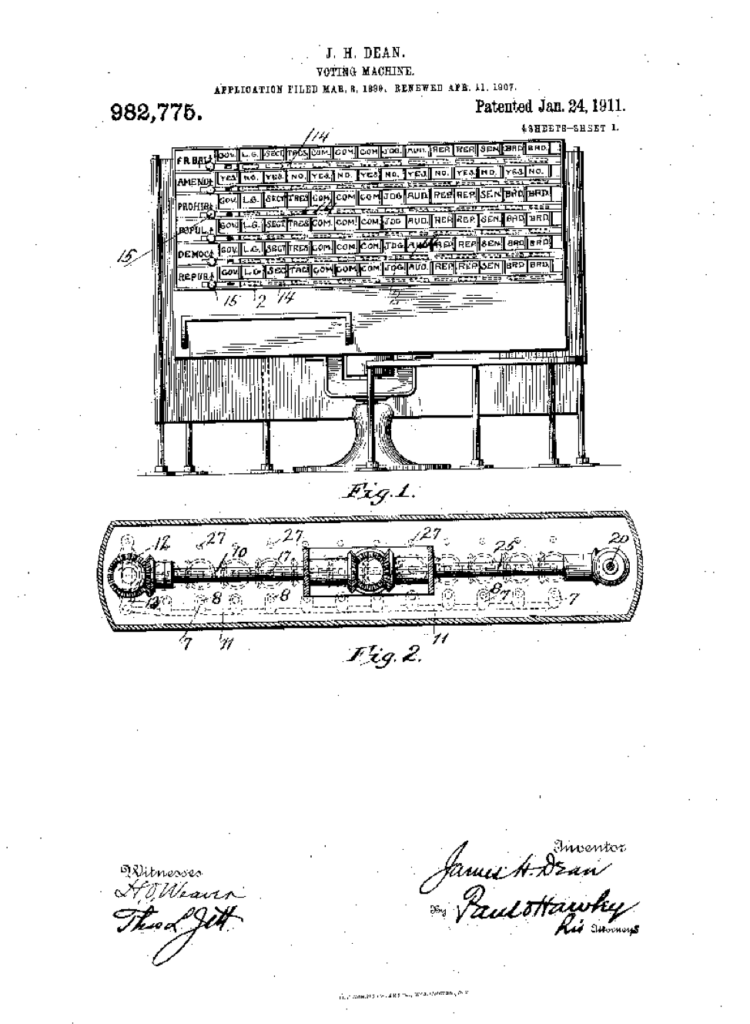 Back to Paper Ballots?

As the Guardian notes,

For almost 17 years, states and counties around the country have conducted elections on machines that have been repeatedly shown to be vulnerable to hacking, errors and breakdowns, and that leave behind no proof that the votes counted actually match the votes that were cast.

Now, in a climate of fear and suspicion over attacks to America’s voting system sparked by Russia’s interference in the 2016 elections, states and counties across the country are working to replace these outdated machines with new ones.

In May, as CNN reported, 12 Democratic senators and an independent introduced legislation that would require hand-marked paper ballots.

So far, however, no one seems to be calling for a return to pottery shards.