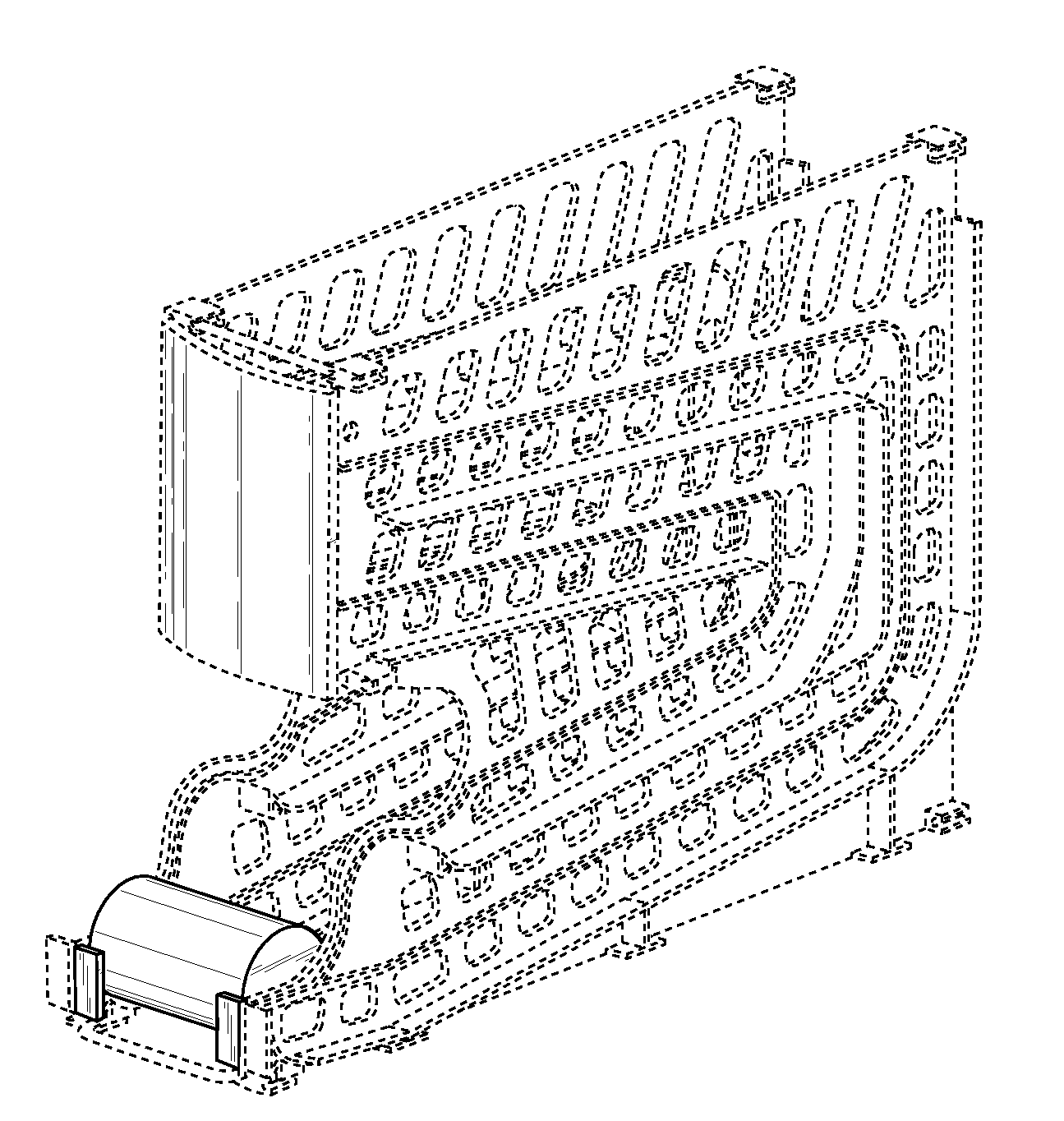 Campbell Soup Company recently won a victory at the Federal Circuit (the top appeals court for patent litigation in the USA) over patent infringement relating to soup can dispensers.

Over a period of nearly ten years, Campbell Soup Co. bought tens of millions of dollars’ worth of the iQ Maximizer gravity feed dispenser from a company called Gamon Plus. Campbell then started buying similar soup dispensers from a different company, Trinity Manufacturing.

Gamon had a couple of patents on their design, and they sued both Campbell and Trinity for patent infringement. One of the patents, D612646, “Gravity feed dispenser display,” gives a good overview of the dispenser, as in the figure below:

Note that the drawing is mostly dashed lines – the dashed lines are NOT part of the invention. This is not a utility patent, it’s a design patent. All that’s claimed are the items depicted with solid lines: the tabs that stop the can at the end and the display above the can.

Campbell and Trinity challenged the patent with an inter partes review (IPR) at the Patent Trial and Appeal Board (PTAB). They claimed that Gamon’s patents were invalid because they were obvious based on an earlier patent D405,622, “Display rack” (the “Linz patent”), which expired in 2013. The Linz patent is depicted below:

Note that again, since this is a design patent, the workings of the machine are not included, and are depicted in dashed lines. The patent covers the solid lines, which include the stop for the can at the bottom and the display above. For this patent, the inventor and illustrator chose not to depict the can. The can is shown in the Gamon patent, but it simply adds a little clarity, it doesn’t change what’s patented.

The PTAB ruled against Campbell and Trinity – partly on the basis of factors that have nothing to do with the patent drawings themselves. The PTAB said that the fact that the Gamon design met with commercial success, and was even praised by Campbell, showed that it was “not obvious,” it must have been novel to have achieved such success.

The Federal Circuit overruled the PTAB. The ruling pointed out that Gamon’s product, the iQ Maximizer, had significant unclaimed functional elements – and it could have been those functional elements that led to the product’s commercial success, not the claimed minor design differences from the Linz patent. One of the key elements to Gamon’s success was supposedly the label above the dispenser, which would have been obvious to anyone looking at the Linz patent.

This court case, Campbell Soup Company v. Gamon Plus, Inc., highlights how important the drawings are claiming patent protection, and how small features can become the center of expensive litigation.

Please contact us if you have any questions about patent drawings, or if we can help you with drawings on your next patent application.